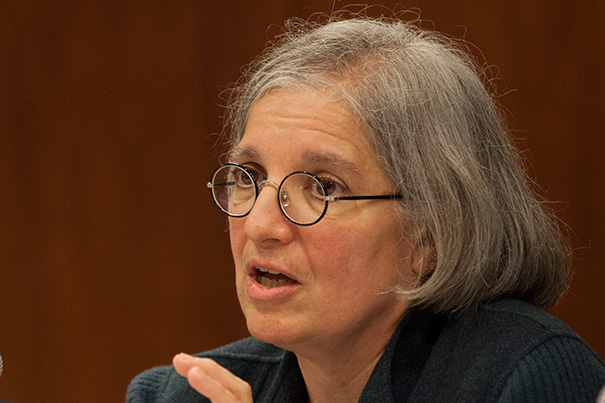 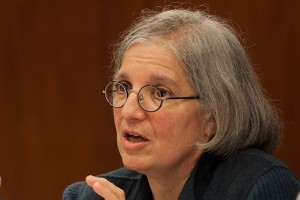 Here is one way experts improve our lives. They share facts and perspectives on public health issues, such as the recent spread of measles in the U.S. Check out the interview from the Harvard T.H. Chan School of Public Health.

Last year was the worst for measles in the United States since the country was declared free of the disease in 2000. This year is not off to a promising start.

The measles outbreak that began in Disneyland in December has continued to spread, infecting 102 people in 14 states during January, according to the Centers for Disease Control and Prevention (CDC).

Why is an illness of our grandparents’ generation suddenly resurgent? Are we on the verge of a measles epidemic? Is the disease here to stay? To find out, the Gazette spoke with Dyann Wirth, the Richard Pearson Strong Professor of Infectious Diseases and chair of the Harvard T.H. Chan School of Public Health’s Department of Immunology and Infectious Diseases.

GAZETTE: The CDC’s most recent figure was 102 people infected with measles in 14 states. What’s going on? Isn’t measles something we used to worry about?

WIRTH: It’s one of the vaccine success stories. It used to be that children commonly got infectious diseases such as measles, and then recovered and had lifelong immunity. Since the 1960s, we’ve had an effective measles vaccine — a very good vaccine with long-lasting immunity — and, if vaccinated, the vast, vast majority of people develop lifelong immunity.

What’s going on is there are susceptible people who have not been vaccinated who have been exposed to measles, which is a highly contagious disease.

The current outbreak can be traced to a single individual in California visiting Disneyland. Although measles was eliminated in the United States, there are still countries in the world where measles exists, so importation of measles probably happens quite frequently. But if the individuals exposed are vaccinated, then you don’t have any infection.